Early morning kitchen preparations in the back streets in Central. 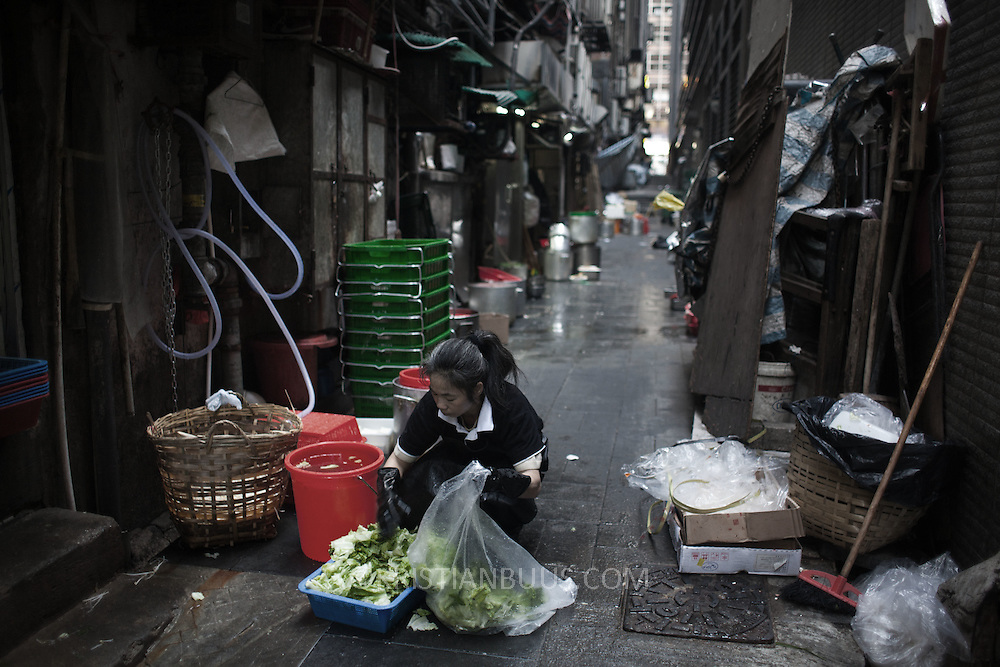