Street cleaners at work in Central.

Street cleaners at work in Central. One of the workers shares a can of coke he has found. The streets of Hong Kong are kept clean by an army of street cleaners, many elderly men and women. 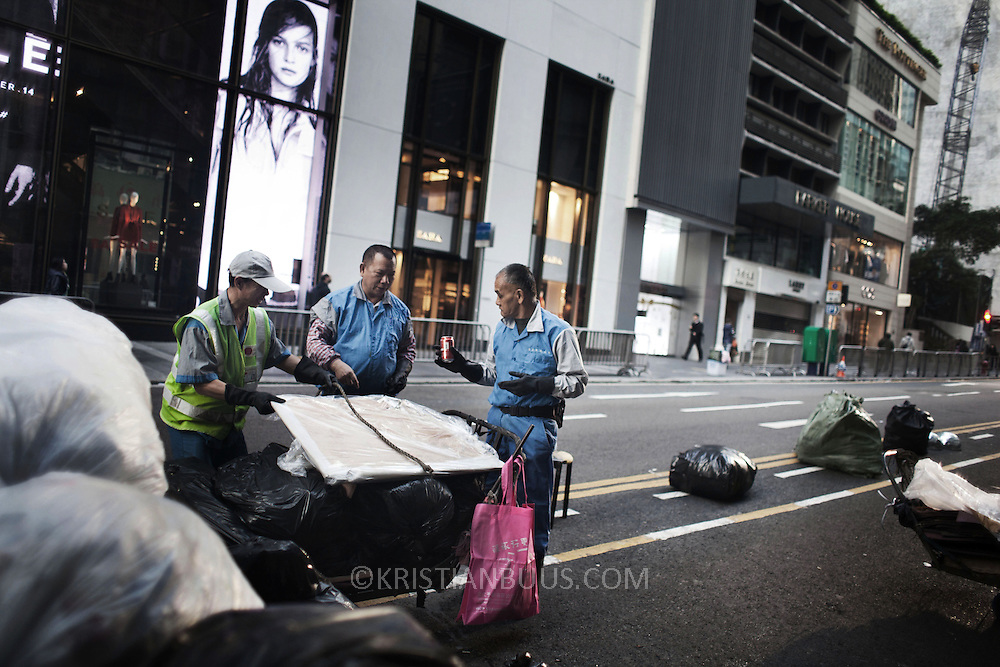