A trendy shop called Homeless with a queue of lunchers waiting to get to their favorite noodle shop. 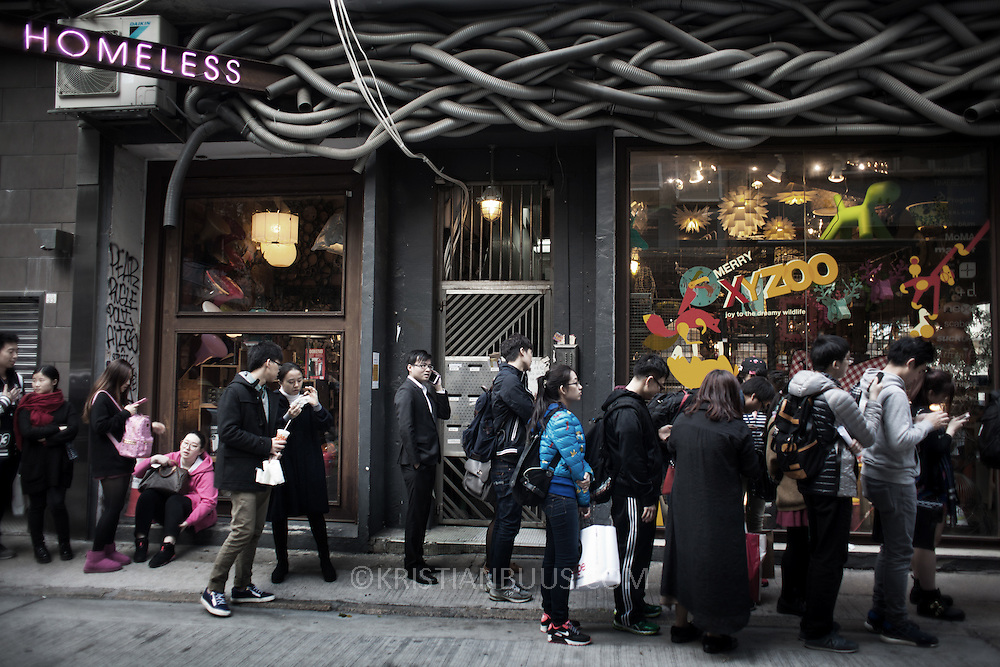