Human and gay rights activist Peter Tatchell with Lord Eric Avebury, both great advocates of theSame Sex Marriage bill outside Parliament ahead of the third and final reading of the 'Marriage Bill 2012-13 to 2013-14' in the House of Lords.
Summary of the Marriage (Same Sex Couples) Bill 2012-13 to 2013-14
A Bill to make provision for the marriage of same sex couples in England and Wales, about gender change by married persons and civil partners, about consular functions in relation to marriage, for the marriage of armed forces personnel overseas, and for connected purposes. 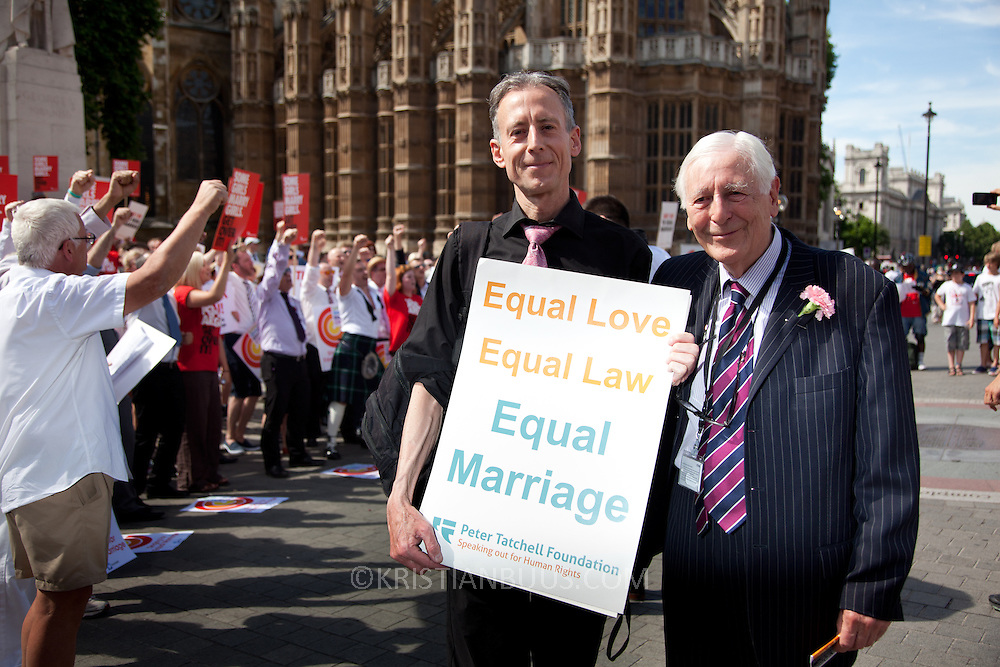