An early morning commuter travels down the escalators from Mid Levels to Central.
A series of escalators run from the top of the Mid Levels high above the city centre all the way down to the harbor side in Hong Kong Central in the morning bringing thousands of commuters to work. The escaltors change directions at ten am to bring people back up the steep hill the rest ofthe day and night. 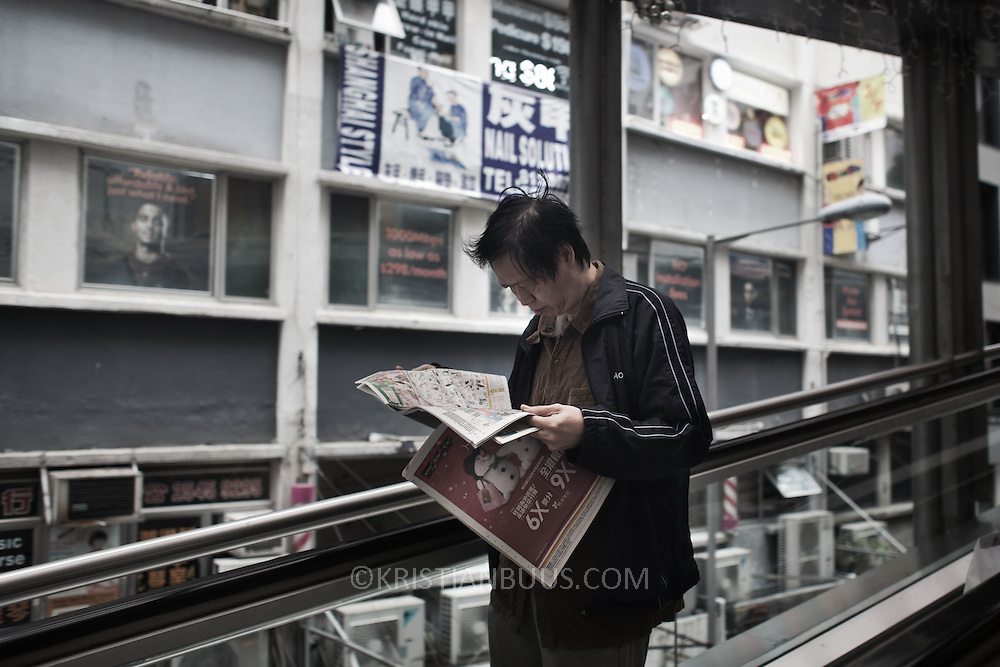