As part of the Block Around the Clock actvisist took to the Blackpool sea front. Many of the Knitting Nanas dressed up as suffragettes to celebrate the 100th aniversay of women's right to vote and the march/parade made a great spectacle on the sea front. Block Around the Clock - fourty eight hours of party, work shops, yoga, sleeping and anti-fracking campaigning in front of the gates to Cuadrilla's fracking site in New Preston Road, Lancashire. The Cuadrilla site in Lancashire in a highly contested site, almost ready to extract gas. Block Around the Clock is part of a nationwide campaign to prevent fracking in Lancashire and across the England ( fracking is either banned or put on hold in Scotland, Wales and Northern Ireland.) 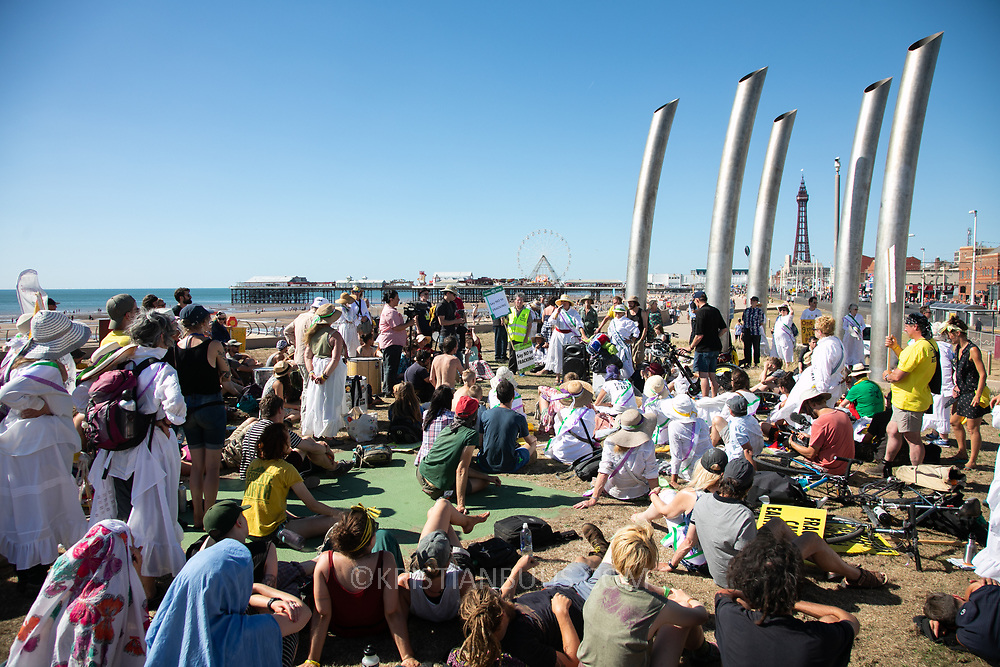