Bp-or-not-BP stage a splash mob art intervention at the British Museum in protest against the continued BP sponsorship of the exhibition 'Sunken Cities' 25th of September 2016. Security staff at the museum let the play run but kept a close eye on any healt and safety issues. A flock of merfolk and BP pirates roamed the museum as well as a kraken, a giant sea monster. The merfolk all advocate more oil exploration and more climate change to raise the sea levels and make their life better. 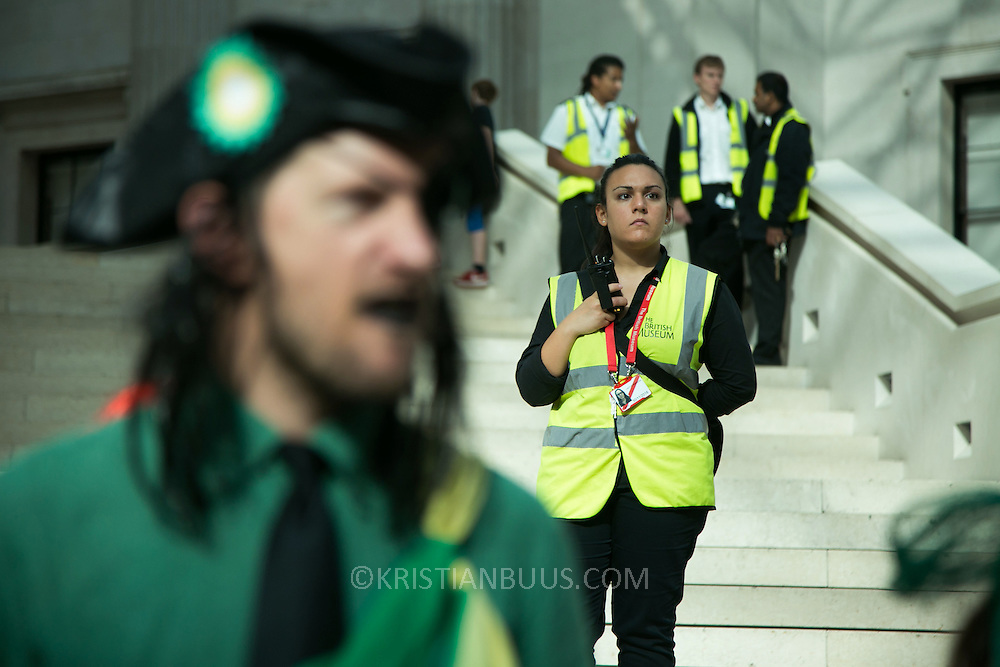