The activist group Stop Killing Londoners disrupt the traffic in Marble Arch, Central London, United Kingdom 29th of Janyary2018. The group stopped the traffic temporarely numerous times causing severe disruption to morning rush hour traffic by sittng in the road. The group wants to draw attention to the damage and deaths by air pollution caused by traffic. No arrest were made and police secured a safe invironment and re-directed traffic as best as they could. The action was over by 8.30am. 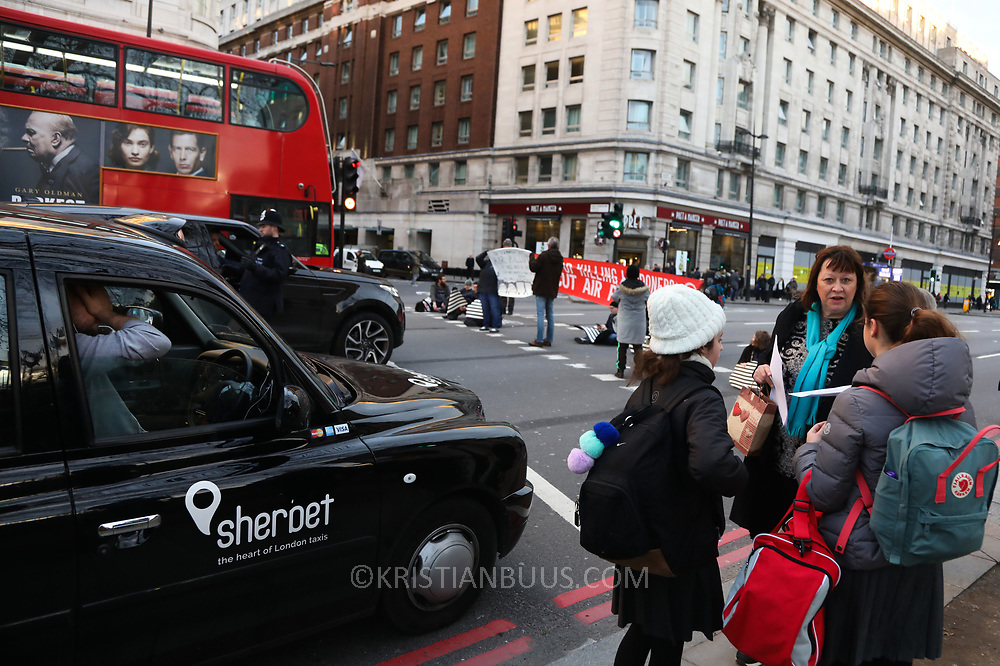