BA Futuru means "for the sake of the future" in Tetun, the national language in Timor Leste. BA Futuru grew out of the fightings in 2006 where civil unrest and infighting between police and army caused massive damages and thousands of killed. BA Futuru wants to prevent future conflicts through training children, youths and authorities like staff at schools and police in conflict resolution. Children play in Naruman nursery on the island Atauro. 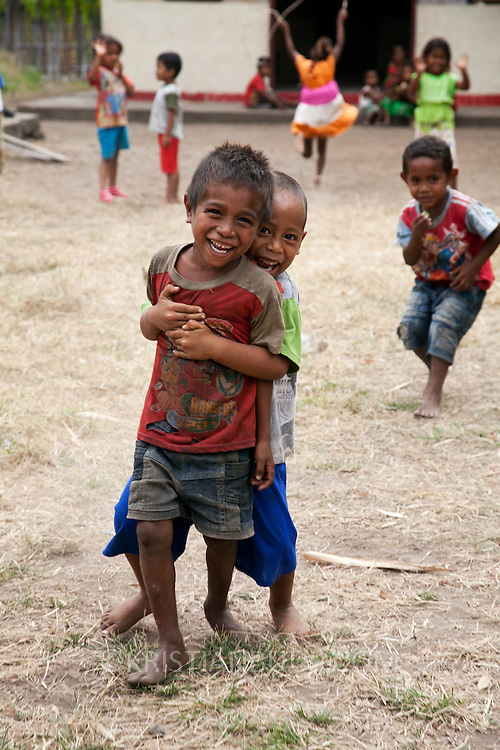