The second day of the Strike WEF march on Davos, 20th of January 2020, Switzerland. Speakers at an event in the Klosters Arena. Njoki Njehu, Pan Africa Coordinator, Fight Inequality, The growing inequality gap and how to stop it
Jennifer Morgan, Greenpeace International Executive Director, speaking on finance
Silva Lieberherr, Multiwatch, speaking on undue influence of multinational corporations
Harris Gleckman, Sr. Fellow Center for Governance and Sustainability, UMass-Boston, speaking on how the UN WEF Partnership undermines multilateralism and gives corporations unfettered access to UN processes
Mattia, Collective Climate Justice - speaking on the need for action and what's up from the grassroots groups in 2020
Luisa Neubauer, co-founder of Fridays for Future Germany . The march started in Schiers and walked the 24 kilomers to Klosters. The aim is to finish in Davos with a public meeting in the town on the day the WEF begins. The march is a three day protest against the World Economic Forum meeting in Davos. The activists want climate justice and think that The WEF is for the world's richest and political elite only. 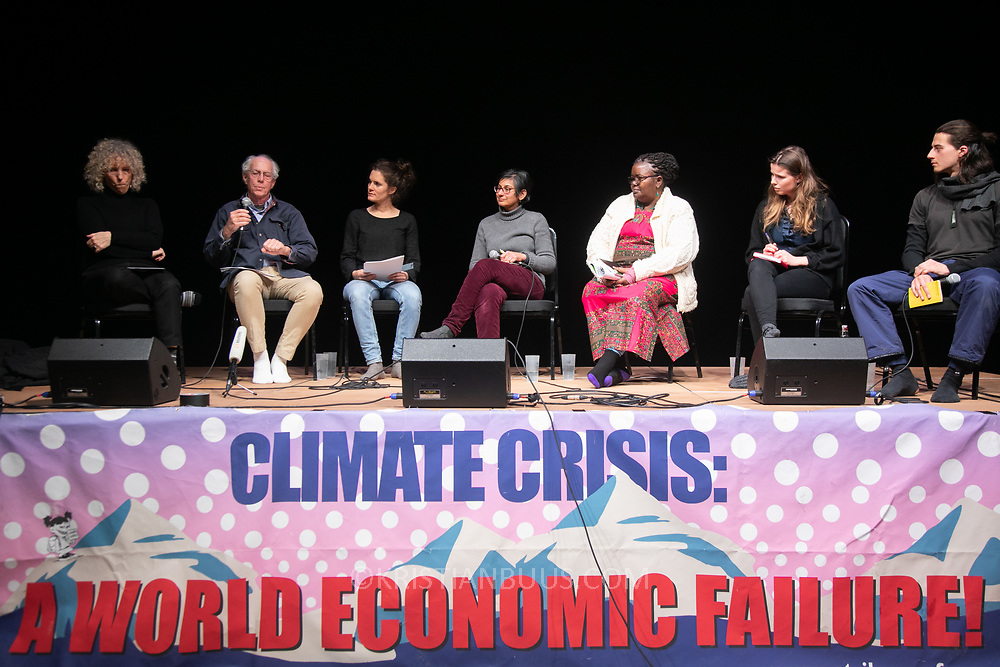