Anti-fracking climate activists from Reclaim the Power blocking a gate to Leapers Wood quarry, March 27th 2017 near Lancaster, United Kingdom. The quarry is owned by Tarmac, a crh pompany which supposedly is supplying aggregates to the building of fracking sites in Lancashire. The blockad, done by one woman in a swing, is causing huge disruption and is part of the groups targeting of companies supplying to the fracking industry. The blockade is the first of an announced run of direct actions called Break the Chain, tageting the supply chain of the fracking industry. 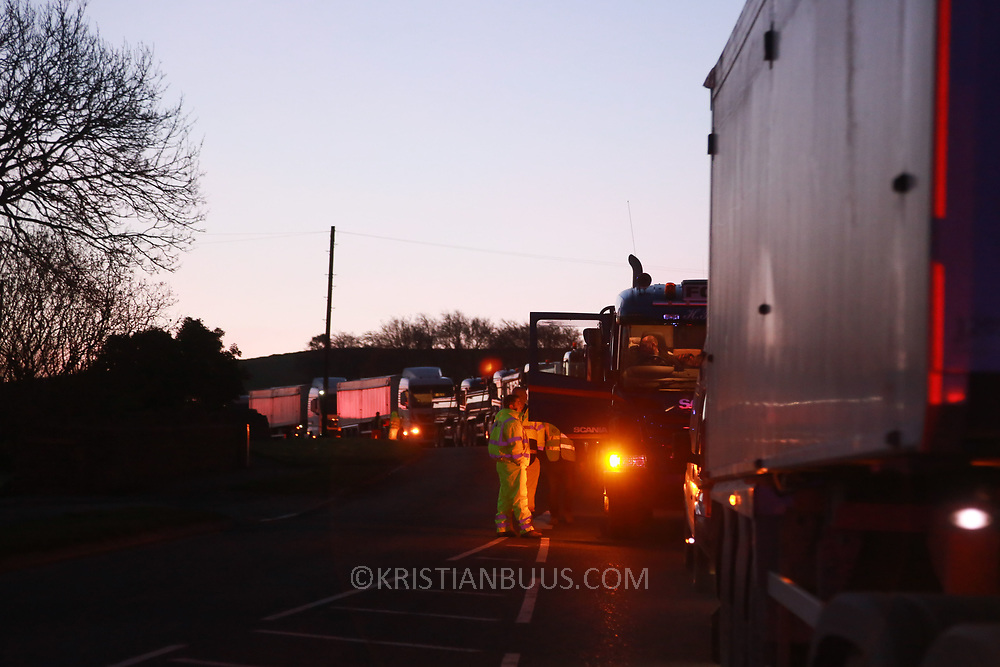