A cleaner in Kowloon, near the bus terminal and the Star Ferry termnal. The streets of Hong Kong are kept clean by an army of street cleaners, many elderly men and women. 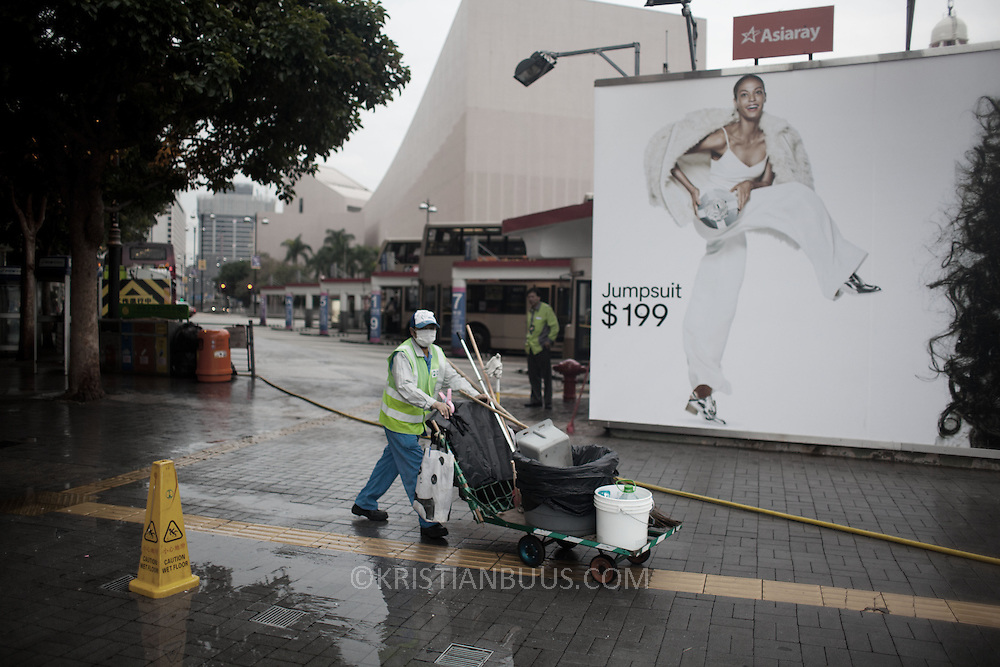