A woman discusses an order with a shop keeper in Central. 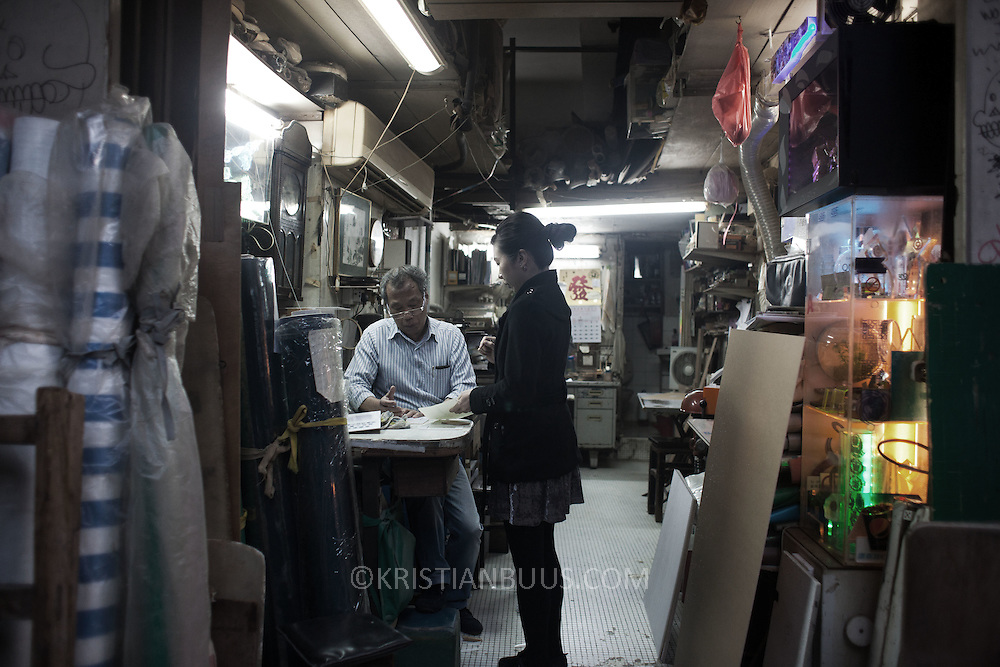