Climate Camp by Kingsnorth 2008.Camp for Climate Action is a movement made up of a lose network of people and environmental groups, wanting to stop climate change. Through the Climate Camp they highlight issues such as aviation emission and CO2 emissions from coal power plants. The Camp for Climate Camp wants to create a forum for people to discuss, learn and to act on climate change and to put pressure on the UK government to change its policies on polloting industries to make them commit to much more green policies. .The Climate Camp at Kingsnorth is the third camp running, previous years were by Heathrow, London and Drax coal power plant in Yorkshire. ..Lunch time at the London Neighborhood. The camp is the howm for 1-2 thousnad people for a wee and is devided into areas called neighborhoods. The neighborhoods are run independently and are based on regions in the country, e.i Yorkshire, Scotland, London etc 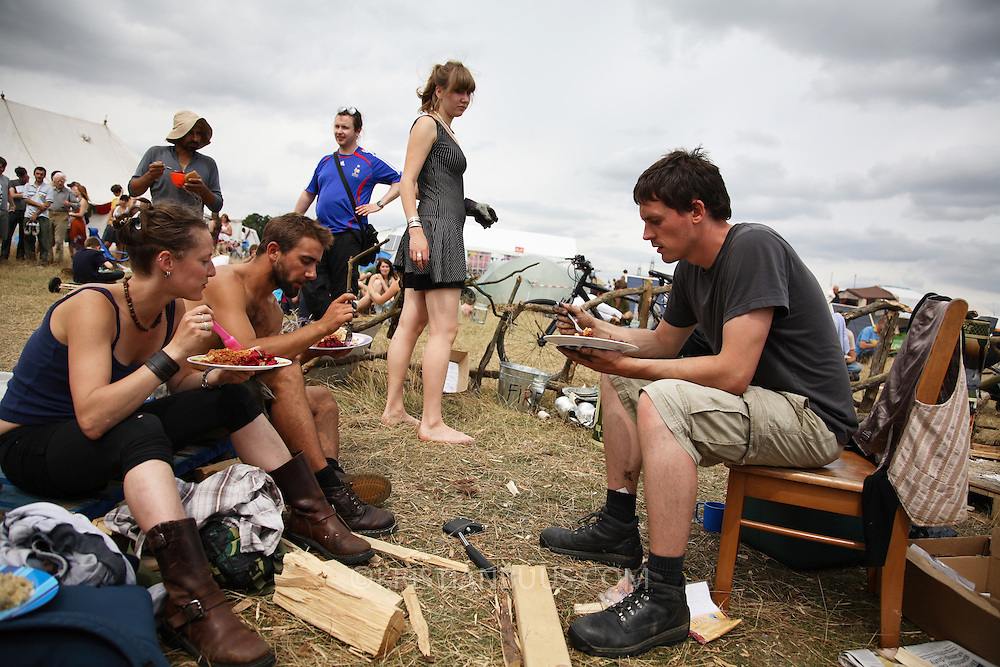