Dima, on a roof top in Beirut

Dima, former dancer from Damascus, Syria, works in the bar and restaurant Mezzian in Hamra district of Beirut. She came to Beirut in January 2012 fleeing threats to kill and rape her from the Ghosts - Assad regime fanatics. Her sister was politically active and had to flee the country and eventually so did Dima. Working in the Mezzian as their head chef is how she makes a living but she really wants to get back into dancing again. She dreams about joining her sister in Norway and to continue her dance career there, away from the neighbouring war in Syria. Before taking up dancing she was twice Syrian national champion in Thai-boxing. 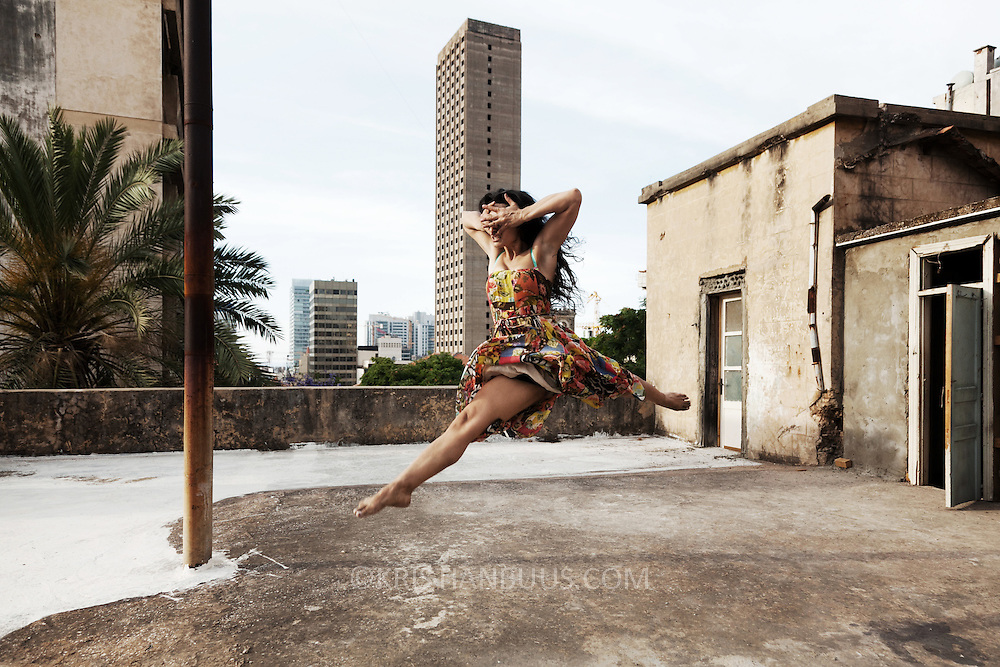