A number of activists have locked themselves together and super glued themselves to the ground in front of the finance company Goldman Sachs in Fleet Street. They want to global finace company to take drastic climate change actions. A number were arrested. They want the finance The environmental protest group Extinction Rebellion has called for civil disobedience and peaceful protest to force the British government to take drastic action on climate change. The group wants the governenmet to tell the truth and admit that the impact of climate change is much more severe than they say and that action to mitigate catastrophic climate change is urgent. For up to ten days Extinction Rebellion activists occupied Waterloo Bridge, Parliament Square, Oxford Circus and Marble Arch disrupting traffic and 'normal life'. More than a thousand people were arrested before the police finally cleared the street and the International Rebellion was called to halt by the the activists. 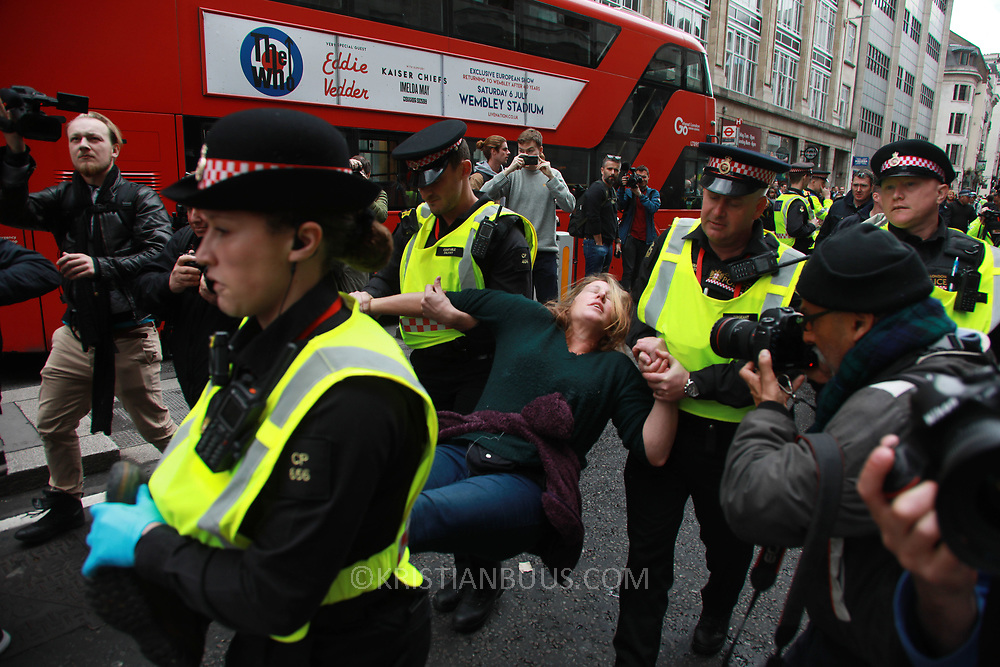