A homeless man has just had his chest x-rayed and radiographer Diana is reading the image on screen which comes up immediately after exposure. She shows him his lungs and explains that he does not have TB. The rates of tuberculosis in London are higher than any other Western European capital and is a major health problem. Tuberculosis is highly contagious, it is treatable, but in the event of no treatment it is often deadly. The MXU, the Mobile X-ray Unit, is a facility run by the NHS. The MXU is a Tuberculosis screening service on wheels where people can have their chest x-rayed and within minutes be either cleared of TB - or in case of any TB symptoms showing up on the X-rays, be referred to a hospital for further tests and possible treatment. The MXU is aimed at hard to reach groups like homeless people, drug or alcohol abuser and prisoners. The van is the only one in the UK and operates around London where it visits hostels, prisons and community centres where groups of hard to reach clients usually gather. On the van is a team of nurses, radiographers, social and outreach workers and expert technicians.The MXU van is a part of the NHS department Find and Treat.. 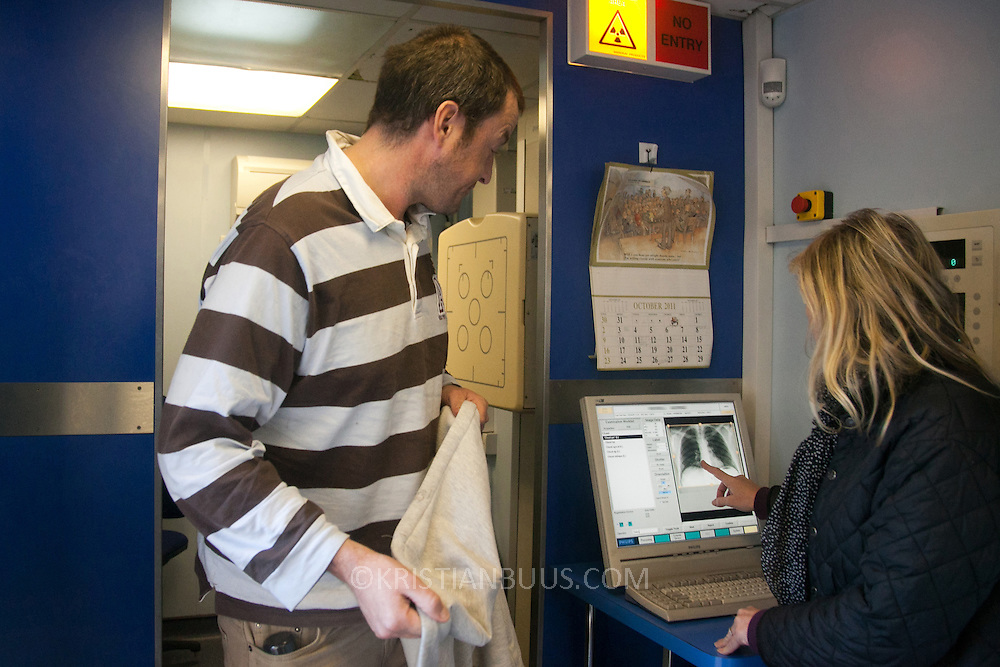