The giant polar bear Aurora is test run on North Weald Airfield near Epping. It is the first day that puppeteers get a chance to get her legs and feet moving. Aurora, a double-decker-bus-size polar bear puppet specially commissioned by Greenpeace to lead an Arctic-inspired street parade to the London HQ of oil giant Shell on 15 September. The three-tonne marionette bear will be operated from the inside by a team of 15 puppeteers, including artists from West End blockbuster War Horse, and will be hauled on ropes by 30 volunteers along a route including the Houses of Parliament and Westminster Bridge. 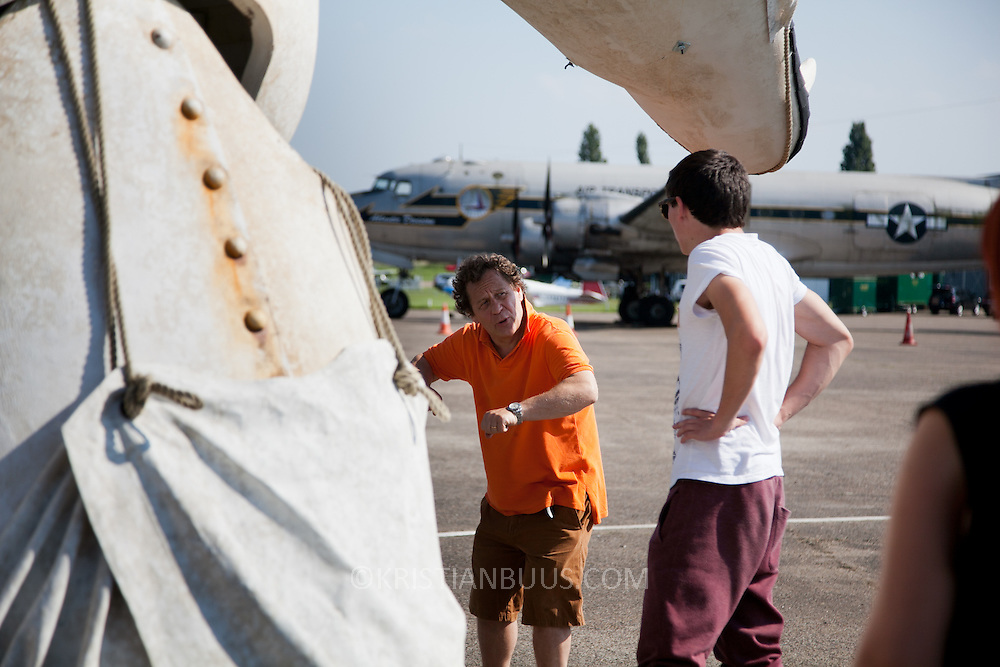