Peter Elliott, actor and primate animator expert, trains the puppeteers and volunteers of the day. The giant polar bear Aurora is test run on North Weald Airfield near Epping. It is the first day that puppeteers get a chance to get her legs and feet moving. Aurora, a double-decker-bus-size polar bear puppet specially commissioned by Greenpeace to lead an Arctic-inspired street parade to the London HQ of oil giant Shell on 15 September. The three-tonne marionette bear will be operated from the inside by a team of 15 puppeteers, including artists from West End blockbuster War Horse, and will be hauled on ropes by 30 volunteers along a route including the Houses of Parliament and Westminster Bridge. 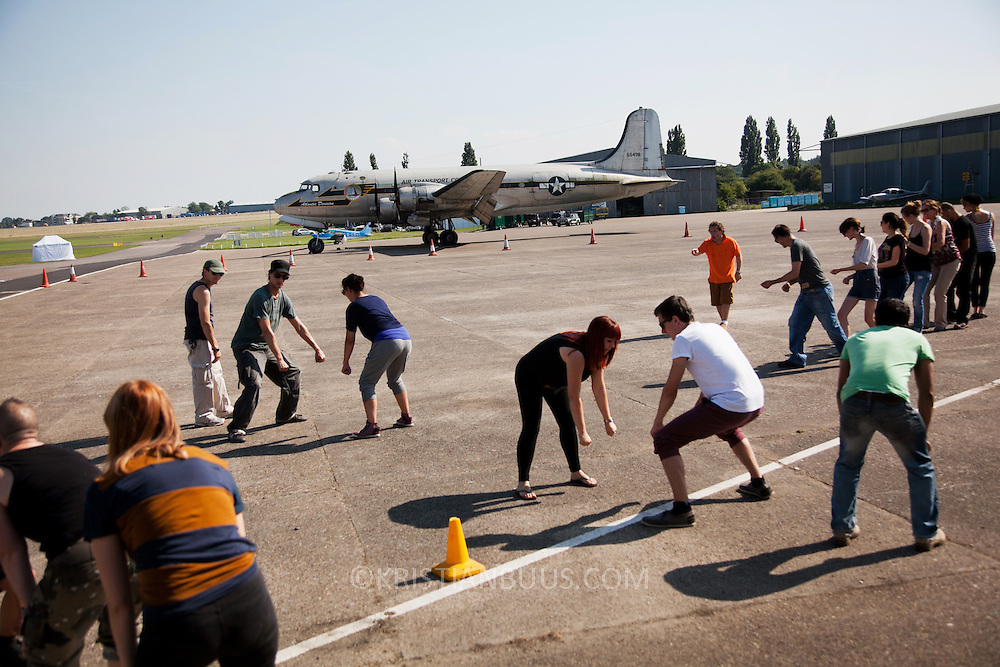