Emma Thompson, a staunch supporter of the Arctic and Greenpeace ties on her message onto the bear beard. Greenpeace and the giant polar bear Aurora outside Shell London HQ. 'Save the Arctic' is a long running campaign by Greenpeace targeting oil companies like Shell. Greenpeace wants oil exploration in the Arctic to stop and the giant polar bear Aurora has spend the past 4 weeks outside Shell's London HQ demanding Shell to stop drilling for oil. On Monday Sept 28 Shell announced they would stop drilling, a huge victory for Greenpeace and the environment movement. 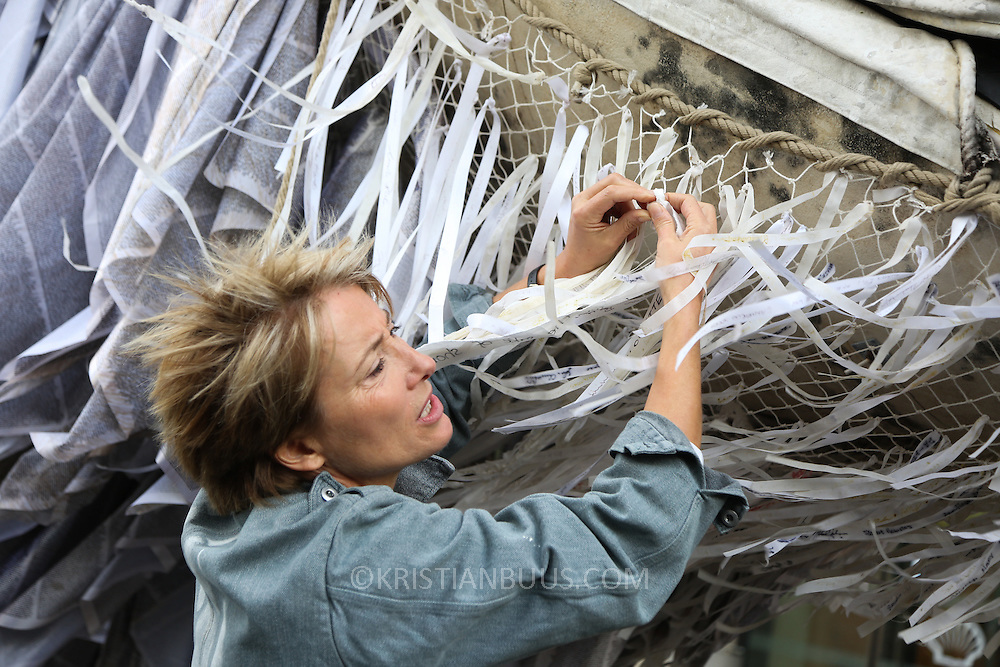