Memebers of the Extinction Rebellion Youth group has locked themselves to the fence of Parliament demanding climate change action, May 3rd 2019, Central London, United Kingdom. The youth stayed for 3 hours and no arrests were made. The environmental protest group Extinction Rebellion has called for civil disobedience and peaceful protest to force the British government to take drastic action on climate change. The group wants the government to tell the truth and admit that the impact of climate change is much more severe than they say and that action to mitigate catastrophic climate change is urgent. 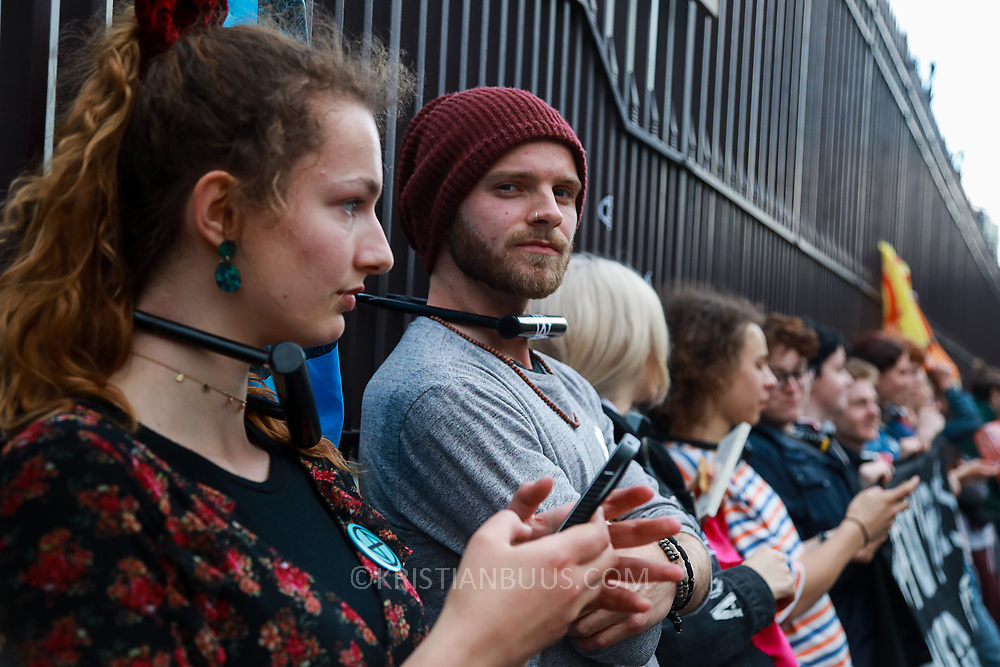