Climate Camp by Kingsnorth 2008.Camp for Climate Action is a movement made up of a lose network of people and environmental groups, wanting to stop climate change. Through the Climate Camp they highlight issues such as aviation emission and CO2 emissions from coal power plants. The Camp for Climate Camp wants to create a forum for people to discuss, learn and to act on climate change and to put pressure on the UK government to change its policies on polloting industries to make them commit to much more green policies. .The Climate Camp at Kingsnorth is the third camp running, previous years were by Heathrow, London and Drax coal power plant in Yorkshire. ...A work shop for Legal Observers. Legal Observers are trying to keep an eye on the police and make sure no laws are broken, and will be taking notes of who gets arresteed and what for, and who gets hurt by police and make sure all is noted down. To be Legal Observer takes training which provides basic knowledge of the law. 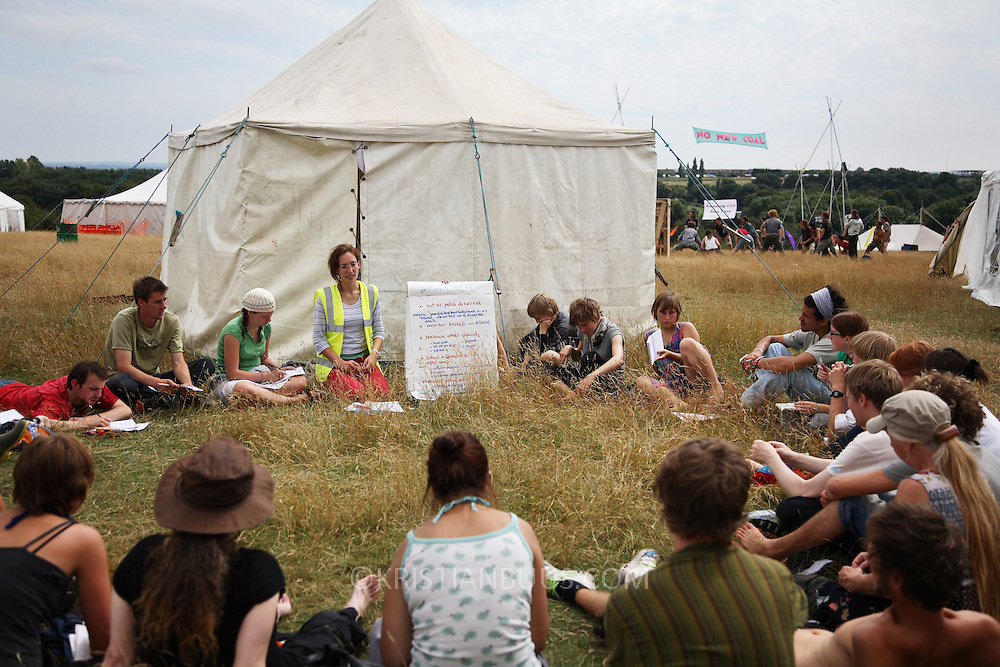