Electronic waste export to Nigeria..Stan Vincent and Eric Albertsen monitioring the tracker online from their hotel room. The tracker divice has a movemnet allarm and Stan has been advised that the TV has been moved since the previous night. It is not known till which position but it is assumed it has left the port, the tracker needs to report more information for Stan to be able to pin-point the whereabouts of the TV. The map shows Tin Can port of Lagos...The shipment - TV-set originally delivered to municipality-run collecting point in UK for discarded electronic products - was tracked and monitored by Greenpeace using a combination of GPS (Global Positioning System using satellites), GSM (positioning using data from mobile networks to triangulate approximate positions) and an onboard radiofrequency transmitter (used for making triangulations in combination with handheld directional receivers used by team on ground) is placed inside the TV-set. The TV arrived in Lagos in container no 4629416. 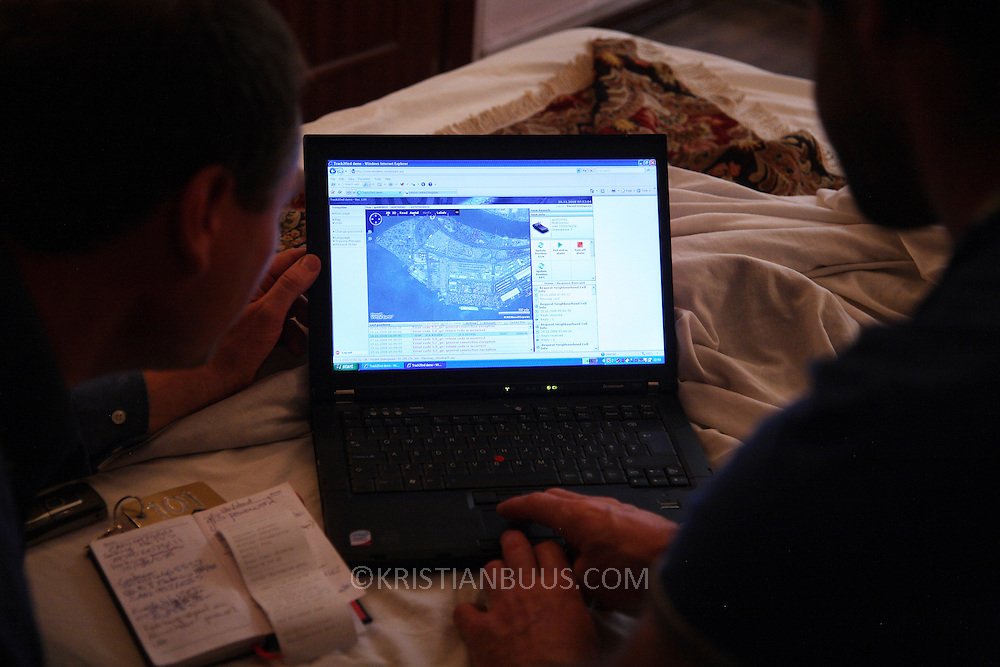