The chairs from the various banks are taken back with the help of the charity Emmaus. An alternative climate summit. 196 chairs were taken from banks who are believed to owe tax around Paris and used to host the event called 196 Chairs Summit. Citizen Climate Summit in Montreuil. A host of organisations, small NGOs, political art events and food stalls set the scene for discussions and debates on climate change as an alternative to the offical COP21 in Bourget. The official climate talks in Paris is on and the pressure to come up with a sustainable legally binding is high. In the aftermath of recent terrorist attacks public demonstrations have been banned during the 2 weeks of climate talks 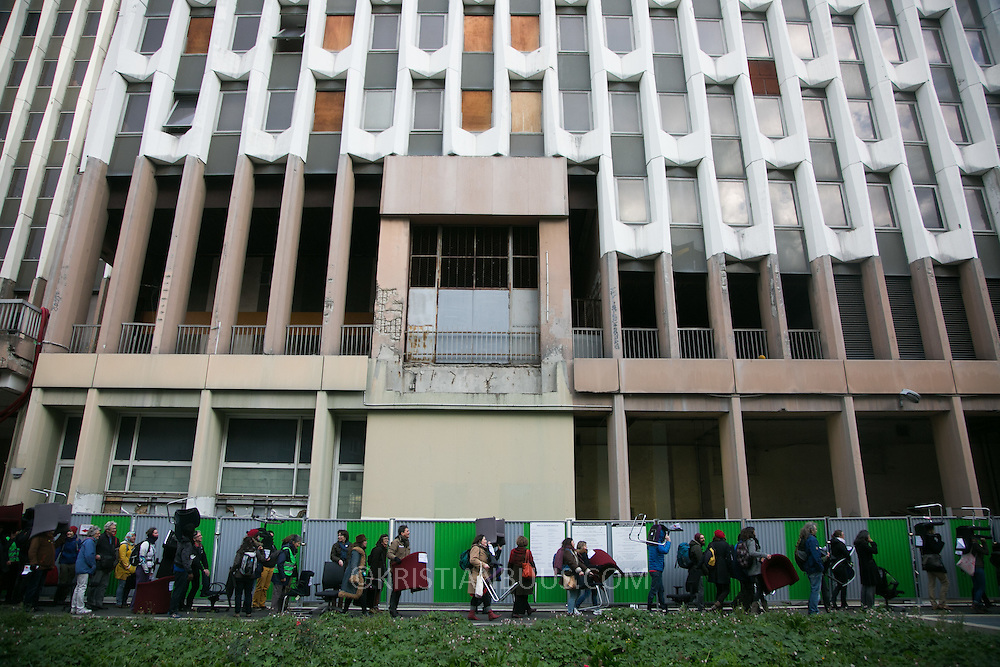