13 local activists locked themselves in specially made arm tubes to block the entrance to Quadrilla's drill site in New Preston Road, July 03 2017, Lancashire, United Kingdom. Pete Marquis chatting to the site manager at the Quadrilla drill site. Quadrilla's drill site after having cleared the wooden structures erected by activists outside Quadrilla's perimeter. The 13 activists included 3 councillors; Julie Brickles, Miranda Cox and Gina Dowding and Nick Danby, Martin Porter, Jeanette Porter, Michelle Martin, Louise Robinson,
Alana McCullough, Nick Sheldrick, Cath Robinson, Barbara Cookson, Dan Huxley-Blyth. The blockade is a repsonse to the emmidiate drilling for shale gas, fracking, by the fracking company Quadrilla. Lancashire voted against permitting fracking but was over ruled by the conservative central Government. All the activists have been active in the struggle against fracking for years but this is their first direct action of peacefull protesting. Fracking is a highly contested way of extracting gas, it is risky to extract and damaging to the environment and is banned in parts of Europe . Lancashire has in the past experienced earth quakes blamed on fracking. 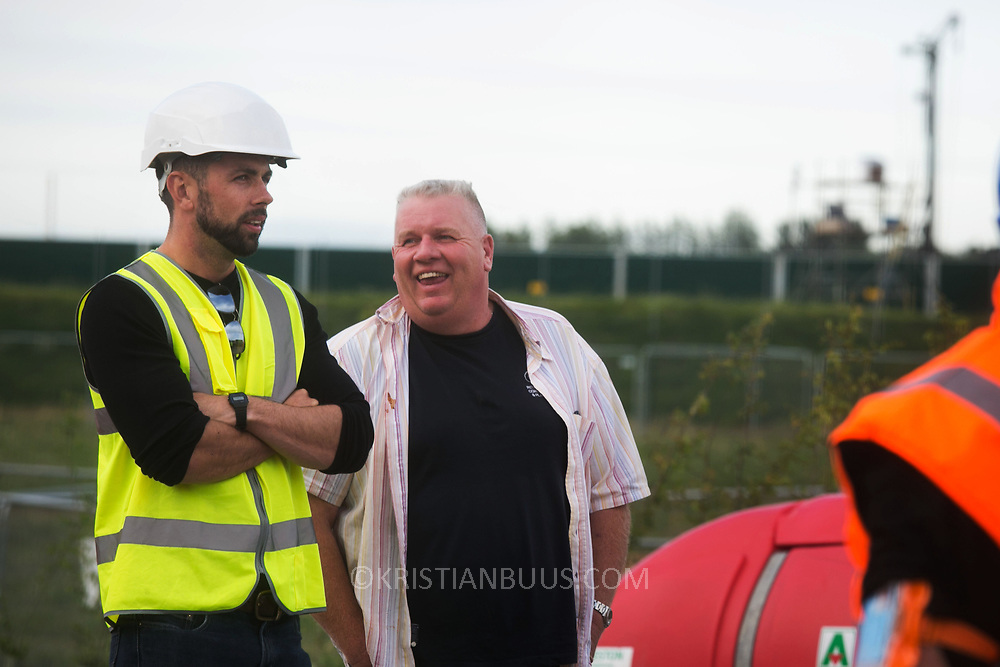